In the new book I’m writing, one of the ways wizards work magic is by making soup. To research Norse Code, I battled giants and trolls. For Kid vs. Squid, I got myself swallowed by a fish and ate cheese spray from a can. And to do Boy at the End of the World right, I spent some time as the last human being on Earth and was chased by giant killer death parrots.

For the new one, I made soup. Ham and navy bean soup, to be specific. I don’t know if it’s coming across in the pic, but I want to bathe in this soup and then drink the soup I’m bathing in. Okay, that’s gross. All I’m saying is that this is the best pot of soup I’ve ever made. 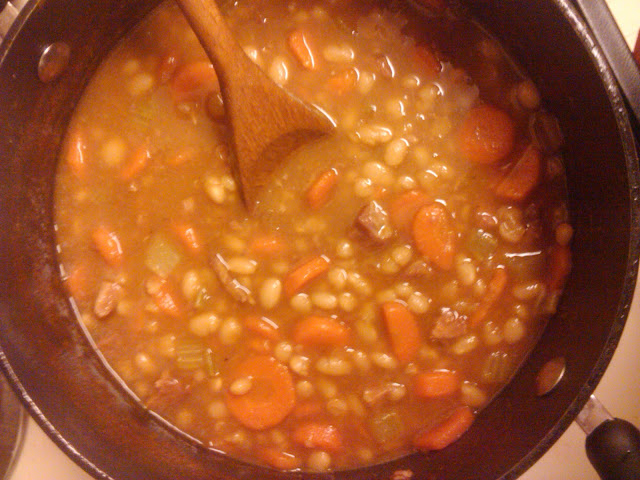