There’s nothing quite like a solitary road trip. Scenery, truck stops, miles and time … I’ve taken a few such journeys at critical junctions in my life, and while some of those hours on the road were lonely, they delivered me to places I was glad to arrive at. And I’m not necessarily talking about the Comfort Inn in Parowan, Utah. The expansive landscapes and travel free from the dictates of schedule and clock invariably change one’s perspective and invite introspection. On a road trip, movement equals change.

The road trip I took with Lisa last week to New Mexico, on the other hand, was basically an excuse to eat red chili. 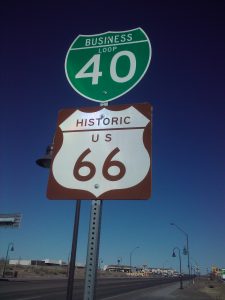 Just an hour outside San Diego, the scenery was already nice and not at all beach-y. 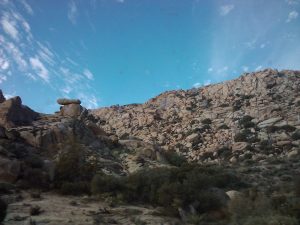 Our first stop was in Tempe, Arizona, where we were joined by a large gathering of friends and former colleagues at Four Peaks, my dearly missed stand-by brewpub and home of my beloved Eight Street Ale. Had a great 4.5-hour hangout with awesome food, outstanding beer, and fine company.

Next day, it was off to Albuquerque. The higher elevations had snow, which was nice of them, because snow in the desert is awful purty. Much purtier than this pic out the car window captures. 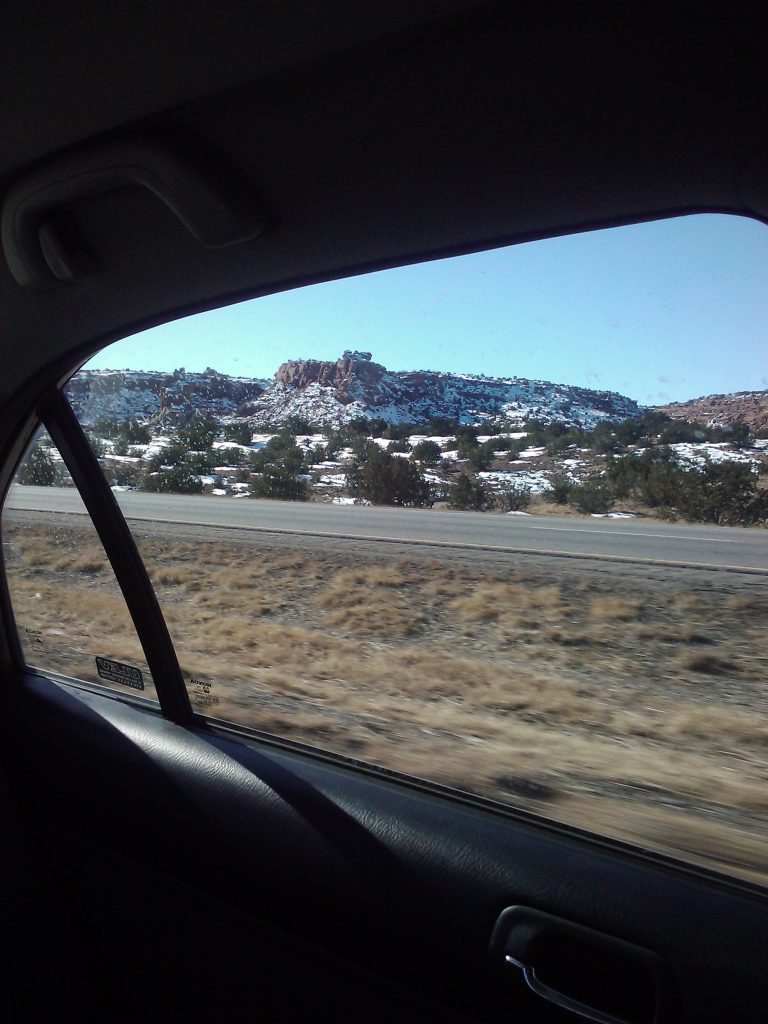 In Albuquerque, we ate food. Here’re some burritos. This one was dinner, from Mary and Tito’s. Carne adovada inside. 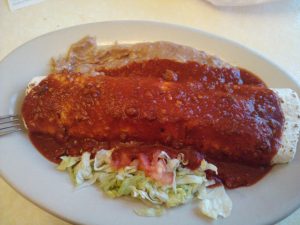 This one was breakfast, from Perea’s. Eggs and hashed browns inside. 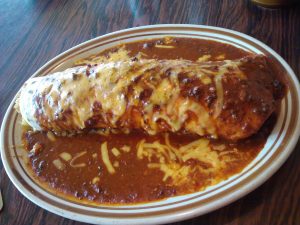 But as delicious as the food was, the best thing about the several hours in Albuquerque was visiting Alamosa Books. They specialize in children’s and YA, but they also have a great stock of adult books in all their fiction sections, which are mixed by genre rather than age. So you’ll find middle-grade, YA, and adult science fiction all in the same section, which strikes me as sensible and useful. I loved that place and want to go back.

From there, it was up to Santa Fe, where things were seen and food was eaten. Here are some of the things.

Stained glass reflected on a pew at the Cathedral Basilica of St. Francis of Assisi: 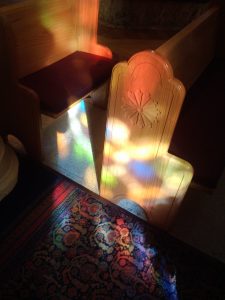 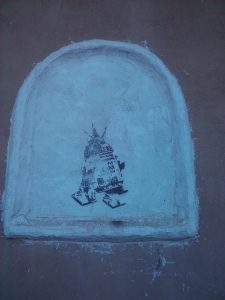 Smiles a lot and loves wine: 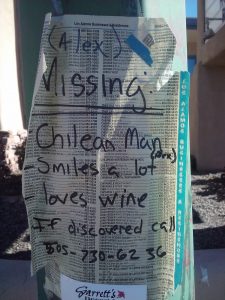 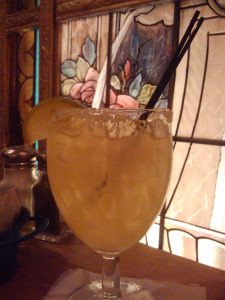 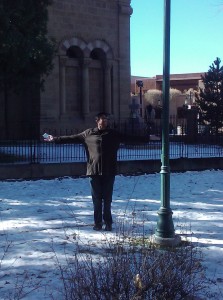 And many other things, besides.

From Santa Fe, it was back to San Diego, with a brief return stop in Tempe. There are things I miss about living near Phoenix. One of them is Carlsbad Tavern, home of the phenomenal green chili carne adovada burrito, which is my favorite thing to eat, ever. 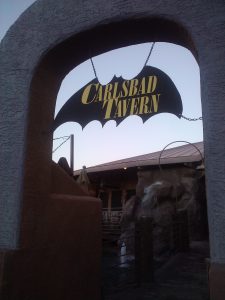 Also, it being a road trip, there were random things. Like the central message of this mural at the Sky City truck stop: 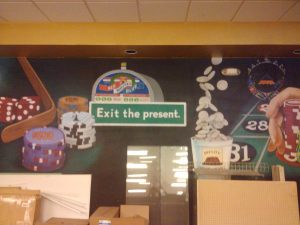 And there were profound things, like the Bass Pro Shop next to one of our hotels. I’d never been inside a Bass Pro Shop. It was the size of a zeppelin hangar and the ceiling was eight miles high and they stocked pink pellet guns for girls and there were live fish and taxidermy and a fudge shop. 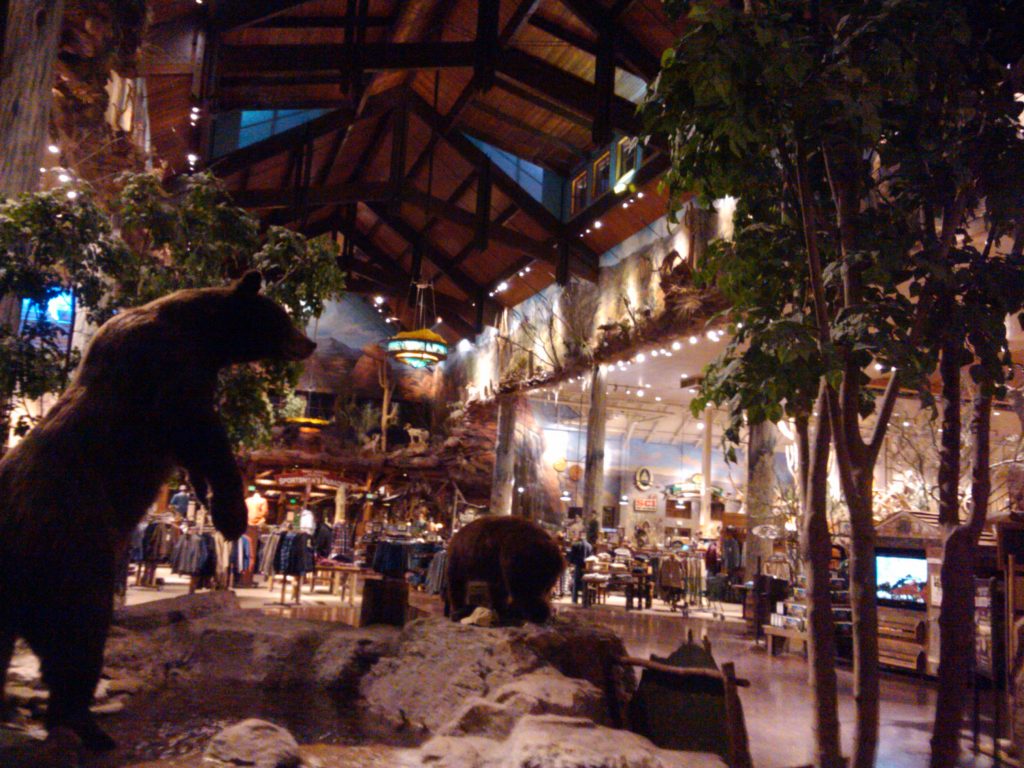 And that was the road trip. It was great. I hope I get to do another one soon.