Exactly a year ago today, I picked Dozer up from the shelter, coaxed him into a crate in the back of the car, and the little sucker’s been with us ever since. 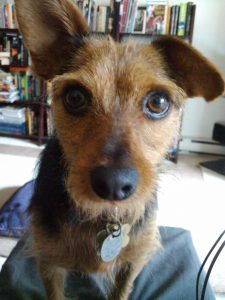 Here are some facts about Dozer.

He’s about a year and a half. He’s some mixture of yorkie, maybe chihuahua, probably Jack Russell, and god knows what. He was in two shelters before he ended up at Helen Woodward Animal Center, which is where we adopted him from. Why wasn’t he adopted from his other shelters? It remains a mystery. Of all the dogs at Helen Woodward that day, he was the one who came to the front of his kennel, calmly looked me in the eye, and then, when we test-drove him out in the yard, jumped up on a bench and calmly sat next to us. It was like he was saying, “Yeah, you should probably claim dibs on me.” So we did.

The next day, right before the shelter worker handed me his leash, I asked if he ever barked. Because up to that point, he’d been absolutely quiet. And, practically before the question was out of my mouth, he started barking at a fake dog across the room. Then, as I walked him out, he barked at some goats. In the parking lot, he barked at some puppies. Teaching him not to lose his shit during on-leash encounters is an ongoing project, but he’s getting better. He tries hard to be a good dog.

He likes to nap. 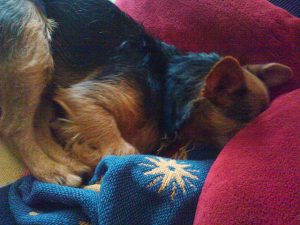 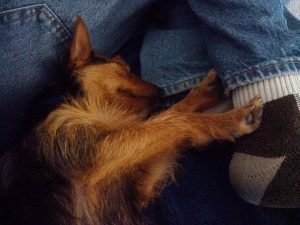 He particularly likes napping in a spot of sun. 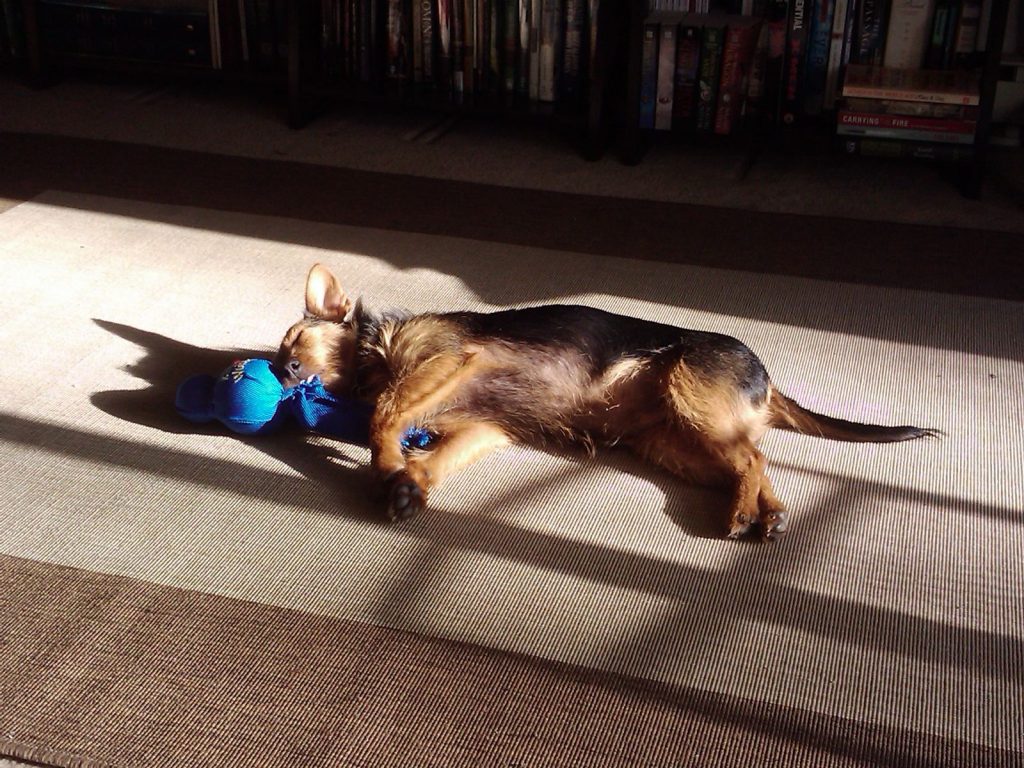 He likes playing with other dogs. 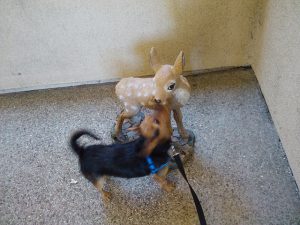 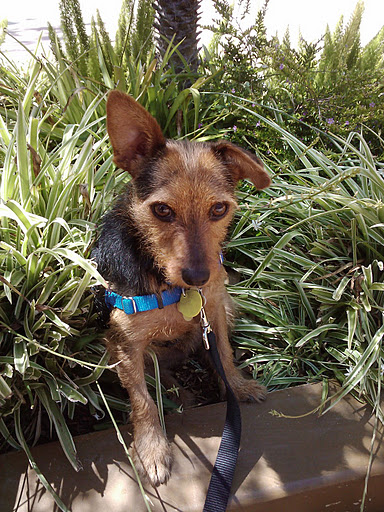 He dislikes the vacuum cleaner and tries to keep his distance. 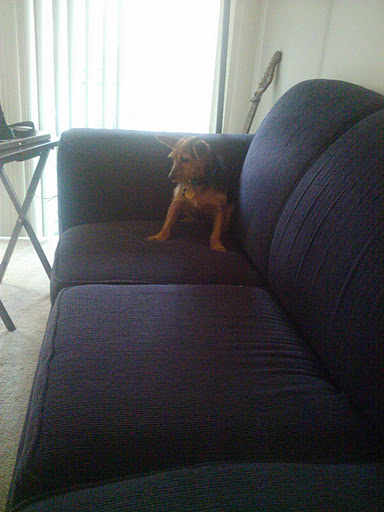 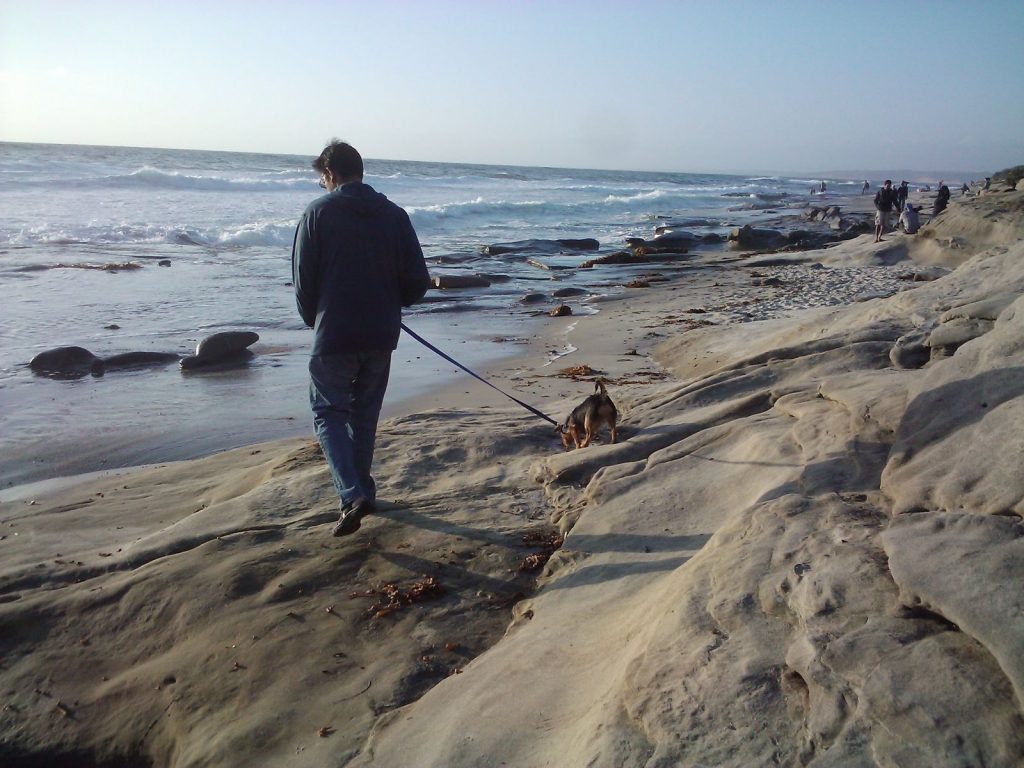 He enjoys putting things in his mouth during beach walks. 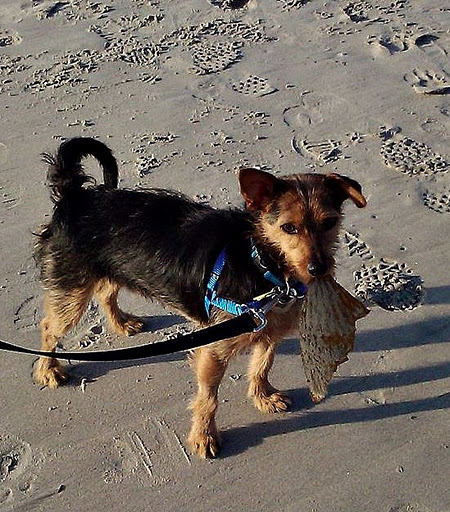 He’s also a really funny, friendly little dude, and he pretty much owns us. He’s my buddy, and he’s family.

7 Responses to “A year of Dozer”