Whew, been a busy several days.

On Friday I was in DeKalb, Illinois for the 32nd annual Children’s Literature Conference at Northern Illinois University. Had a great day hanging out with a few hundred librarians, especially Lynne Thomas, who was instrumental in bringing me out to the conference. My talk was about how the junk-food reading I grew up on influenced my writing, and about the intrinsic value of junk food. I admit to being proud that I managed to use Matter-Eater Lad as an extended metaphor. Other highlights of the trip include having dinner with the the delightful Bill Shunn, and getting to see Michael Thomas and meeting Lynne and Michael’s daughter Caitlin.

Got home very late Friday night and then took off Saturday morning for WonderCon in Anaheim. I signed books, I talked, I met people, I schmoozed, I ate with friends, and I got to be on a panel with Tim Powers, which was a real thrill. Lots and lots of great costumes, but I think my favorite was this Krypto. I asked the guy costuming as Kon-El how he got the dog in. He said he just walked in with him as though he were supposed to, and nobody stopped him. Super! 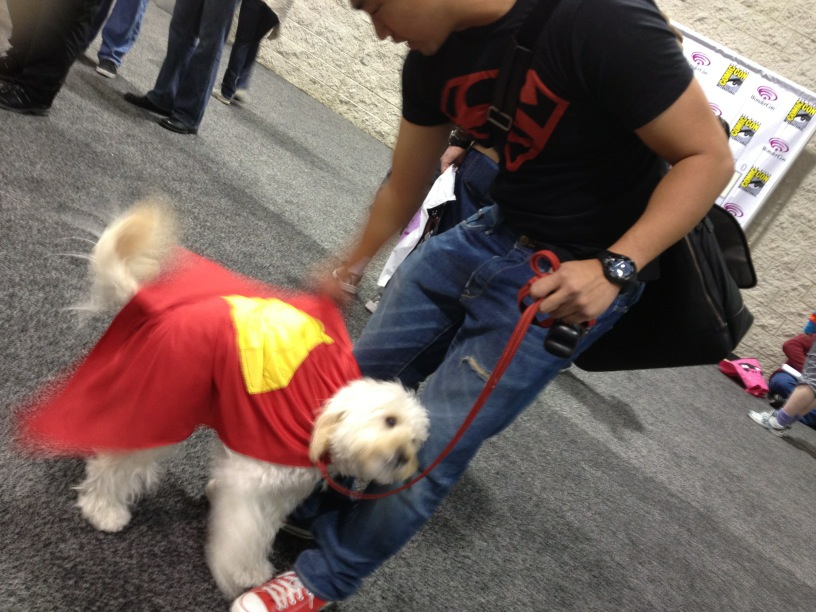