Back from a really fun long weekend as a guest at Phoenix Comicon. I heard there were 44,000 attendees this year, which would be hellish if there were 44,000 jerks, but I met not a single one, so it was all good. From my perspective, it’s a really well run con. The staff and volunteers take great care of their guests, and things ran smoothly and efficiently. If you’re thinking of adding a big show to your travel itinerary or you’re looking for an alternative to San Diego Comic-Con, I can’t recommend Phoenix Comicon enough.

This year I shared a table with Adam Rex. I’d met Adam before and sat on a few panels with him, but despite this familiarity and his chill vibe and friendliness, I can’t quite withhold my fanboy squee when I’m around him. He was drawing for Red Cross donations, so I got to watch him create incredible piece after incredible piece. And these weren’t just pencil sketches, but fully inked drawings with, like, shading and everything. He could have easily charged five times what he was asking and it would have still been a bargain. Lookie at what he drew me! 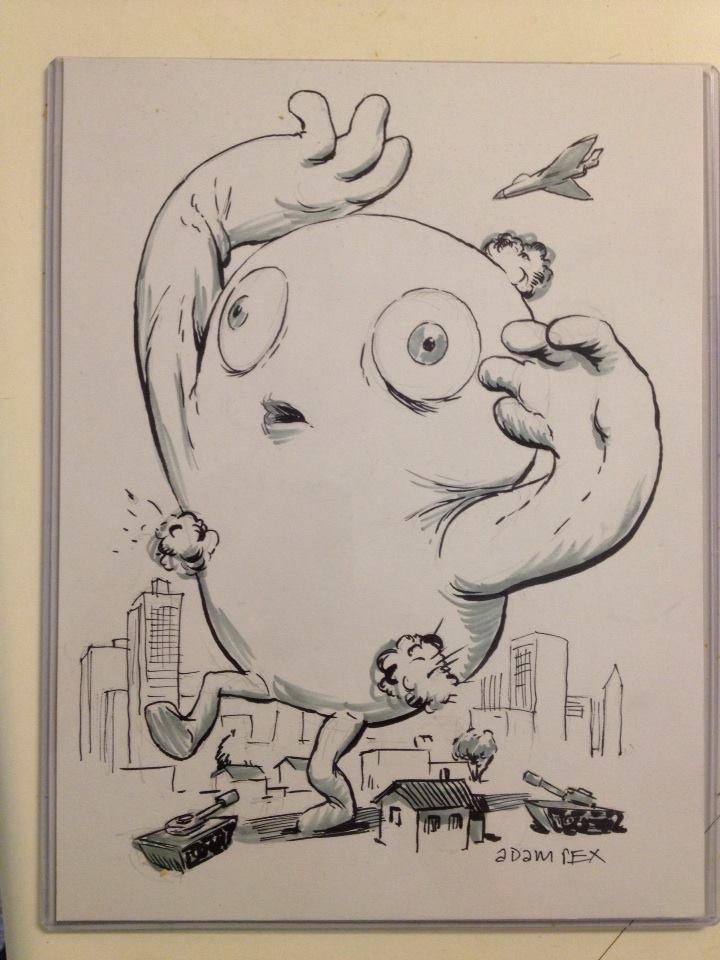 Isn’t that 48 different kinds of spectacular?

Timothy Zahn was doing a brisk and near-constant business at the neighboring table, but I did find a moment to introduce myself. Lisa told him that I once gave her one of his novels as a make-up gift after an argument.

Other highlights included watching John Barrowman walk past my table to sign a replica TARDIS. You know one thing about John Barrowman? He is a VERY HANDSOME man. And I kind of gawked at Nichelle Nichols from a distance. She. Is. Beautiful.

Another nice thing was finding out at the con that CALIFORNIA BONES is getting a blurb from a terrific and terrifically popular writer, which is nice for the regular reasons blurbs are nice, but also because this person doesn’t blurb a whole great many books, and this person certainly doesn’t owe me any favors. So, yeah. Nice.

Also nice was going out for drinks with people I either didn’t know very well or had never met prior to the con. Although I’m sad that I didn’t get away from the con to see my old Phoenix friends, it is nice to make new friends. Guess I’ll have to come back next year.